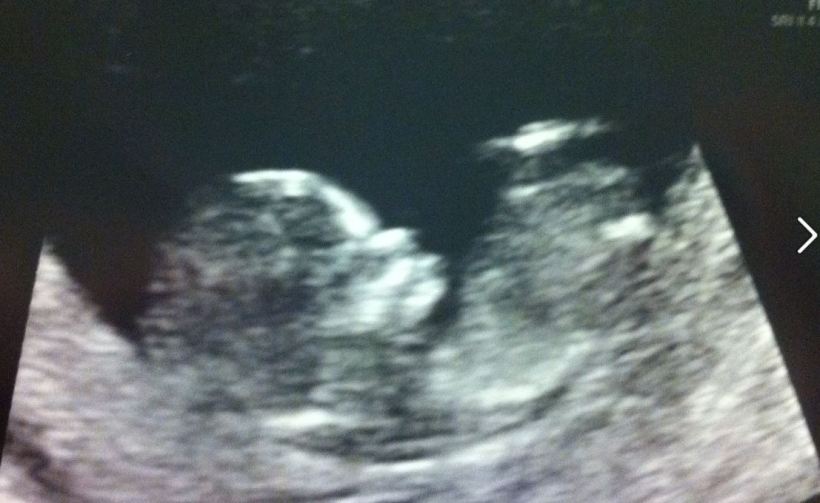 If you are anything like me, you spend a good amount of time worrying despite the fact that as the saying goes, “Worry is interest paid on a debt that never comes due”- I have gotten decidedly better about this but it is still a struggle to not constantly worry. I used to worry that my relationship with my boyfriend (now husband) would all of a sudden fall apart and the “other shoe would drop” and then I would see the “Real him” but guess what? there was no other shoe. We definitely have our problems, but we work very hard to solve them and I don’t worry about “the other shoe” anymore.

This post is about the fact that while I am 14 weeks pregnant and very happy to be so, I am still worried about things that can go wrong. I have seen the picture ^^^ Hi baby! and I definitely feel tired and there are some cravings (peanut butter and a constant need for milk) but other than that, there aren’t yet visible signs of my being with child. Several people I have told that I am pregnant were far more excited than I was and I couldn’t put my finger on why. By the way, I don’t think that there is anything wrong with any level of excitement, as it is MY pregnancy and how I FEEL will be how I FEEL and feelings are not bad or good, they just are.  That took me almost 25 years to learn but it’s a very important thing to remember.

Back to my lack of enthusiasm (which is truly out of character for me) and the abundance of worry… I was troubled by this for a while but realized after a conversation with my Mom that it is a natural part of the process of being pregnant. Can you say emotional? Can you say hormonal? Especially because we were pregnant before and at 5 and 1/2 weeks, March 10, 2015, we had a miscarriage and I lost the baby. I am being very careful to use specifics like. “miscarriage” and “lost the baby” because its really important to use the words that describe what happened. That is as horrible as it sounds and I am having a difficult time typing through the tears because though I am pregnant now, that was a hard loss for us.

I went through the five stages of grief, Denial, Anger, Bargaining, Depression, and finally Acceptance. It looks extremely clinical when you read it in black and white there but I want to tell you it was anything but that, There is no particular order to those stages and you can find yourself in a few at the same time, and its not a predictable schedule. I would go from being totally “okay” to “utter basket case” – I had supportive family of choice members, as well as very close friends who did a great job of listening and taking care to just “be there” which is an underrated skill, believe me.

It has taken me this long to talk about it, but I knew even in the midst of the pain I was feeling both physical and emotional that I WOULD eventually talk about it. The more I discussed it with people, the more I found out how common it is. 7 out of 10 women have had miscarriages and it doesn’t get talked about a lot. I guess because it isn’t the cheeriest topic, but as a speaker and definitely as a woman, I felt like it was something that I SHOULD talk about no matter how difficult.

It was actually my wonderful and supportive husband who first floated the idea by me on a particularly weepy night in May when I told him I was having a really hard time getting past it and he suggested it might be cathartic to give a speech about it. So we did, It was well received and my hope is that if you are reading this and have been through something similar, that you take heart, and find comfort in the fact that there is hope and there is support. If you haven’t had a miscarriage but know someone who has and you think it will help them, please share this with them.  Here is the speech- I am still a little scared to share, but the vulnerability of others is how we progress, right?

I think we could all stand to be a bit more open about the struggles we face in life. Who knows? Your struggle could inspire someone else to keep fighting the good fight.

3 thoughts on “Waiting for the other shoe to drop”